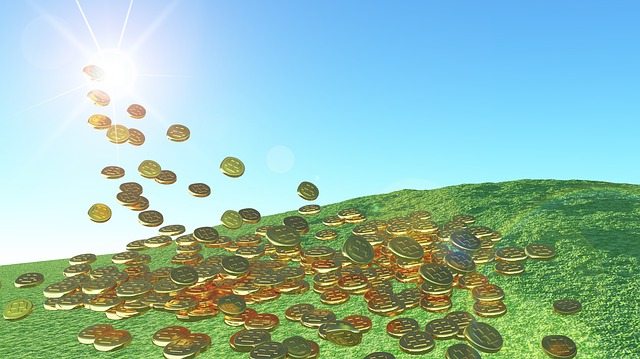 Epishine’s business is based on their pioneering, patented process for printing solar cells. Their first product is a thin, flexible organic solar cell that harvests indoor light to power electronics indoor. The market’s response has been overwhelming and thus, to meet the international demand, Epishine will relocate to larger premises in Linköping, Sweden.

In the autumn of 2018, Epishine based its groundbreaking production on decades of research in organic electronics and photovoltaics, and in the fall of 2018 began production of their organic solar cells that Epishine has developed all the way from the research stage to industrial production.

“It has provided us with a perfect space for growth as well as excellent conditions to develop, launch and scale our first products. Now we see the need to increase the volume and expand our production further” says Anna Björklou, CEO of Epishine.

In our increasingly digitalized world, small electronics powered by batteries are used in very high volumes. This development comes from wanting to collect data on everything from temperature, air quality, and the number of people who use premises to which doors and windows are open or closed. Three years ago, electronics manufacturers had not realized that there are limits to how many batteries, for example a real estate group think it is reasonable to replace. They had not even thought of other ways to supply power and when we were around at sales meetings, they were surprised that it was actually possible to use the natural indoor light to power this type of device. Demand has now increased enormously in connection with an increasing awareness that disposable batteries are not a sustainable solution from either a maintenance or environmental perspective. For further information see the IDTechEx report on Perovskite Photovoltaics 2023-2033.

Epishine’s unique manufacturing method involves printing solar cells roll-to-roll, similar to newspaper printing production, which is an exceptionally scalable and energy-efficient process compared to how traditional solar cells are manufactured. The capability of a solar cell printer with a bandwidth of 2.5 meters and speed of 1 meter per second is 70 million square meters of solar cells per year – that is new green solar energy equivalent to the output of a nuclear power reactor every month. Epishine’s long-term vision is to become the world’s largest solar cell manufacturer, which is why the expansion potential has been key in choosing the new premises.

Epishine’s new location is developed together with the real estate company Corem.

“Corem’s vision is to manage and develop properties for the future and we are excited to be able to be a part of Epishine’s continued progress and for a more sustainable future,” says Mikael Forkner, Regional Manager at Corem.

Epishine’s first initiative is to scale up the production of indoor modules: A sensor series that is powered by Epishine’s solar cells easily goes up in volumes of millions. “We need larger premises already for the higher demand we see in 2023, but it has also been important to build a facility with the possibility to increase capacity for billions of solar modules per year when really big projects take off” says Mattias Josephson, co-founder of Epishine .

Beyond the possibility to double the building’s existing production capacity, another advantage of the new location is that additional facilities can be built on the same property, allowing Epishine to scale very quickly without having to move the entire business …….