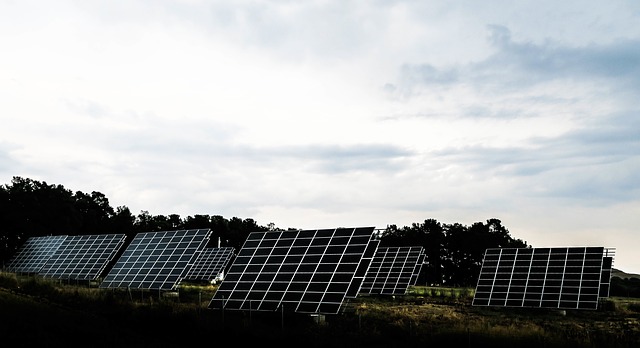 Agriculture has long been one of the biggest industries for Chautauqua County’s economy. In 2018, products from our area in that sector were sold at an estimated $161 million. Dairy and grape, which are two of the largest industries in the county, had $75 million in market value of milk sold and $43 million in market value of products sold from fruit.

Those chunks of revenue also come with seven days of hard labor and plenty of expenses. But newer farms, which require much less daily maintenance, are becoming a wave of the future — and taking over the traditional spaces.

Across state lines, renewable energy for solar and wind continue to gain prominence and momentum in nearly every municipality. Within the past month, the Chautauqua County Planning Board reviewed three solar proposals for Pomfret, Hanover and Ripley.

In the town of Portland, N.Y., where elected officials have shown tremendous patience over three years regarding these initiatives, old farm land is being viewed by these renewable companies as prime locations. Kevin Powell, a town farmer and advocate for the projects, once offered a dim outlook for the future of his way of life during one of the Town Board meetings in 2019.

As neighboring Chautauqua County takes on the topic head on, Warren County is just starting to get a taste of what is in store. Earlier this month, Zoning Officer Michael Lyon told the Planning Commission last week he has received calls from potential developers in this space that are “actually waiting” for the county to enact regulations. Lyon said that PJM, the firm that oversees the grid, has at least two solar farms in the planning process in Warren County but won’t detail additional information about those efforts.

Consider what’s taking place in Martin County, Ky., where coal was king only two decades ago. The New York Times reported the region is ready to embark on a $231 million project that could be the largest utility-scale coal to solar project in the country.

That’s not much different from what has been happening around here. In 2016, the massive NRG Energy Inc. power plant in Dunkirk that hummed with activity for more than 65 years went silent.

Ten years before it closed, it was one of the cleanest coal-burning facilities in the nation due to numerous upgrades and investment. Though the environmental benefits of less emissions are welcome to a region filled with natural beauty, an even larger question remains that was never truly considered when the facility was built in the 1940s: how do we get rid of this eyesore on our waterfront?

As that dilemma hounds city and county officials, other renewable projects have brought worry and concern. Within the past two months, Citizens Against Wind Turbines on Lake Erie have continued a campaign to keep the tall wind towers out of fresh waters.

One of the most vocal critics, Sharen Trembath, recently wrote in a commentary that the revitalized lake will be forever changed if this plan comes to fruition. “It’s time for the developers to stay out of the …….